The pool allegedly has healing powers and once you enter, your problems would disappear.

However, they charge the congregation per swim. For full swim, the pastor charges N50,000. For people who can’t afford this, they are offered a bottle of water from the pool which goes for N10,000.

Also, on some days, they offer free swim for the congregation.

Kevin Odanz also mentioned that the pastor has a lot of scandals trailing him and allegedly divorced his wife to marry a South African lady he impregnated while he was married.

of the Swimming Pool; 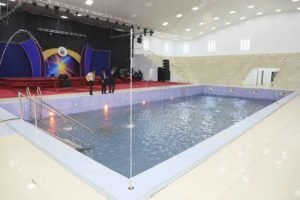 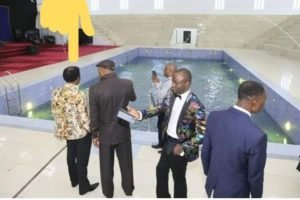 Read his tweets below; 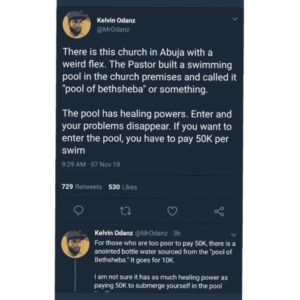 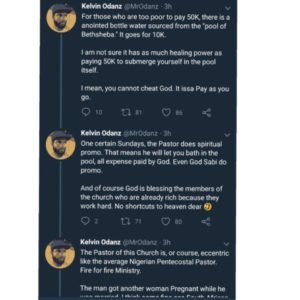 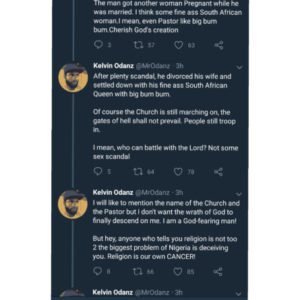 It's Brother Joshua Iginla's Joshua Iginla Ministries, Chikakpere, Kubwa- Abuja. I was a pioneer member of the church when it started out in a tenth outside his former rented apartment & pushed its growth in Gwagwalada whilst in Unibuja. I left eventually. We all can't be fooled.

Rapper T.I. Says He Visits The Gynecologist Every Year With Daughter To “Check Her Hymen”

One thought on “Pastor Builds Swimming Pool ‘With Healing Powers’ In Church, Charges 50k Per Swim”